Chairman of the Board

Mr. Ortega’s prior roles at the Company include Chief Executive Officer and President from 2017 to 2020, President and Chief Operating Officer from 2015 to 2017, Chief Financial Officer and Chief Operating Officer from 2014 to 2015, and EVP and Chief Financial Officer from 2005 to 2015. Prior to joining the Leslie’s organization, Mr. Ortega served as Executive Vice President and Chief Financial Officer for BI-LO, LLC from 1999 to 2005. At that time, BI-LO, LLC, was a $4.8 billion leading multi-branded regional supermarket chain in the southeast United States, which operated 423 stores in six states. Mr. Ortega’s responsibilities at BI-LO, LLC included the leadership and oversight of the Finance, Treasury, Accounting, Real Estate, Construction, Information Technology, Risk Management, and Internal Audit functions. Mr. Ortega also held the position of President of Golden Gallon Convenience Stores, a wholly owned subsidiary of BI-LO, LLC, based in Tennessee. Prior to joining BI-LO, LLC, Mr. Ortega was with American Stores Company, holding various positions within their supermarket and drug store subsidiaries, including Vice President, Finance and Administration and Vice President, Logistics. Mr. Ortega has a B.S. in Accounting from the University of Arizona. 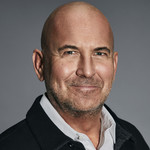 Ms. Daniel joined the board in October 2020. Ms. Daniel currently serves as vice president, finance of the Federal Reserve Bank of Chicago where she leads financial planning and analysis, managerial accounting, financial analytics, procurement and payment services. Ms. Daniel brings 30 years of experience in finance, accounting and audit leadership for global and US-based operations across the distribution, financial services, and healthcare industries. Ms. Daniel has most recently served as finance executive for mission based organizations including CFO for IFF, a community development financial institution and real estate developer, and the American Board of Medical Specialties. Ms. Daniel’s career, predominantly in industry, includes leadership roles at W. W. Grainger, Inc. where she was global chief audit executive, division CFO for Acklands-Grainger, Inc. (Grainger Canada), and vice president for U.S. financial services and global finance transformation. While at CVS Health (formerly CVS Caremark), Ms. Daniel led internal audit services as vice president, and was actively engaged in attest and advisory services during the divestiture of its physician practice management business, and subsequent growth and integration activities for the pharmaceutical benefits management business leading to its 2006 ranking as a Fortune 100. In 2015, Ms. Daniel was honored as a Chicago United Business Leader of Color, and is a Fellow of the 2017 class of the Aspen Institute Finance Leaders Fellowship, and a member of the Aspen Global Leadership Network. Ms. Daniel earned an MBA from Kellogg School of Management at Northwestern University, Bachelor of Science in accounting from the University of Alabama at Birmingham, and is an honors marketing alumna from Jackson State University.

Ms. Kozlak joined the board in October 2020. Ms. Kozlak founded Kozlak Capital Partners in 2017 to work with CEOs and Senior teams on their most pressing strategic issues, and for private investing. Ms. Kozlak is an Advisor to many public and private companies and serves on the boards of C.H. Robinson Worldwide (NASDAQ), MGIC (NYSE), and Aspen Dental. Previously, Ms. Kozlak worked with Alibaba Group from February 2016 to November 2017 as its Global SVP of HR to help set the direction for rapid expansion outside of China through organic and M&A growth. Ms. Kozlak was a senior advisor to the Offices of CEO and Chairman. Prior to that, Ms. Kozlak was a C-Suite leader of Target Corporation. Ms. Kozlak also held roles as General Counsel for both International Business and Labor and Employment, and was Trustee of the Target Foundation. Before Target, Ms. Kozlak was a law partner at Greene Espel, PLLP, and started her career at Arthur Andersen & Co. 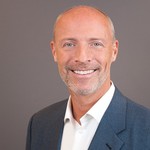 Mr. Kufel joined the board in January 2018 and served as our Executive Chairman from January 2019 through September 2019. Previously, Mr. Kufel served as Chairman of CorePower Yoga from 2016 to 2020 and as its Chief Executive Officer from 2016 to 2019. From 2015 to 2016, Mr. Kufel was an Operating Partner at L Catterton and served on the board of Ferrara Candy Company. Mr. Kufel also served as a Director and the Chief Executive Officer of Van’s Foods from 2009 to 2014 and Inventure Foods, Inc. from 1997 to 2008. Mr. Kufel has a Bachelor of Business Administration Degree from Gonzaga University and a master’s degree from the Thunderbird School of Global Management.

Mr. Magliacano joined the board in February 2017. Mr. Magliacano currently serves as a Managing Partner for L Catterton’s Flagship Buyout Fund. L Catterton is the world’s largest consumer-focused private equity firm, with approximately $20 billion of equity capital across seven fund strategies in 17 offices globally. Mr. Magliacano has been a senior investment professional at L Catterton since May 2006. Prior to joining L Catterton, from 1999 to 2006, Mr. Magliacano was a Principal at North Castle Partners, a private equity firm focused on making consumer growth investments that benefit from healthy living and aging trends. While at North Castle, Mr. Magliacano originated and executed investments in the consumer health and wellness sectors. Prior to joining North Castle, Mr. Magliacano worked at NMS Capital, the merchant bank of NationsBanc Montgomery Securities, making growth investments in early stage consumer and retail businesses. Mr. Magliacano has served on the boards of directors of a variety of private and public companies, including Restoration Hardware. Mr. Magliacano received a BS in Economics from the University of Pennsylvania’s Wharton School of Business with dual degrees in Finance and Operations and Information Management and received an MBA from Columbia Business School. 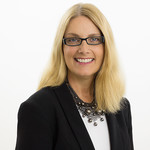 Mr. Ray served from 2013 to 2020 in various leadership capacities at Stanley Black & Decker, Inc, most recently as President of STANLEY Engineered Fastening. He previously served from 2009 to 2013 as Senior Vice President and General Manager of TE Connectivity Inc. (f/k/a Tyco Electronics) where he was responsible for its North and South American Automotive connectivity business. From 1993 to 2009 Mr. Ray served in numerous engineering and operational leadership roles at General Motors Company, where he began his career, and at Delphi Corporation following its spin-off from GM. He currently serves on the board of directors of Commercial Vehicle Group, Inc. and R.R. Donnelley & Sons Company.

Ms. Spofford joined the Board in May 2022. Ms. Spofford currently serves as J.Jill’s Chief Executive Officer and President. She also serves on J.Jill’s board of directors. Prior to joining J.Jill in February 2021, Ms. Spofford was the President of Cornerstone Brands from December 2017 to October 2020. In that role, she oversaw a portfolio of four interactive, aspirational, home and apparel lifestyle brands: Ballard Designs, Frontgate, Garnet Hill and Grandin Road. She led the team there in evolving the brands into profitable, digitally-driven omnichannel businesses. Before being promoted into this role, from January 2014 to December 2017, Ms. Spofford was the President of Garnet Hill. Prior to that, Ms. Spofford was Senior Vice President and Chief Marketing Officer of J.Jill and held numerous leadership roles at Orchard Brands, including Interim President and Chief Executive Officer, Group President for Premium Brands, and President of Appleseed’s. Before joining Orchard Brands, Spofford served as Vice President, Global Marketing of Timberland. Ms. Spofford currently serves on the board of directors of Reclaim Childhood, and she previously served on the boards of White Flower Farm and Project Adventure, Inc. Ms. Spofford received her M.B.A. from Babson College and her Bachelor of Arts in English and Political Science from the University of Vermont.

Mr. Strain joined the board in August 2018. Mr. Strain currently serves as the Head of e-Commerce and Technology at Gap, Inc., an American worldwide clothing and accessories retailer founded in 1969. Mr. Strain has responsibilities for technology, product management, data and analytics, and loyalty and payments. Mr. Strain also oversees the digital business including e-commerce strategy and operations and digital and direct marketing. With almost 30 years in the retail technology and e-commerce space, Mr. Strain brings a consumer-centric mindset to a delivery orientation that has resulted in a track-record of successful digital transformations. Prior to joining Gap Inc., Mr. Strain was the General Manager of the Retail and Consumer Goods Industry for Salesforce. Mr. Strain also spent 11 years at Williams-Sonoma Inc. as the Chief Digital and Technology Officer where he was responsible for technology, product management, and digital marketing. Mr. Strain also spent 14 years as a management consultant. Mr. Strain received a B.S. in Finance from Santa Clara University where he was a member of the Retail Management Institute.